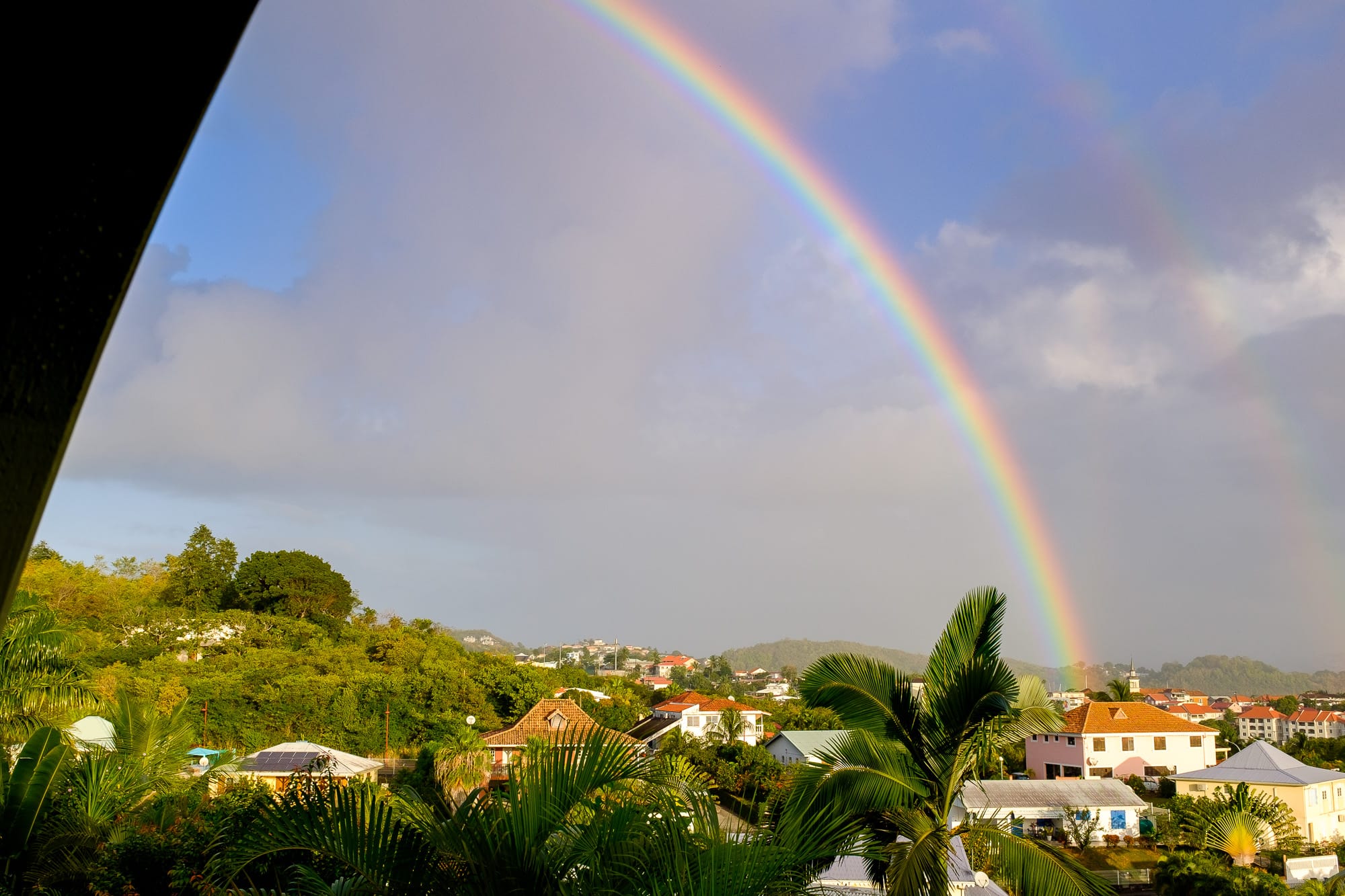 Before we woke up to our amazing view, adorned by a rainbow this time, we had a small nighttime adventure on what was technically ‘Day One‘. It appears that we signed up for more than we bargained for, including a few neighbours, and house guests.

We not only have a pet bird — black with a red throat, about the size of a sparrow, perhaps a saltator abicollis — who joins us for breakfast, eating the crumbs of off our plates, but also a greener guest, who wanders around our villa as he pleases. We first met him the previous night… We were both falling asleep when suddenly, the scream of a fire engine’s siren went off at full blast. I literally jumped up in bed, half asleep, wondering what the hell was going on. After switching on the lights, I finally managed to locate the source of the scream — a sweet tiny little green lizard, most probably male. We named him Melissa, naturally before we found out the latter. Luckily he wandered off into the night, allowing us to go back to sleep. I still cannot fathom, how a 5-7 centimetre long creature (not counting the tail), can make such a racket.

I mentioned Su, ‘our’ cat, in yesterday’s post. She’s the laziest cat that I’ve ever seen — I envy her life greatly. She comes around in the morning, just before our breakfast, so we feed her. She then spends the day lounging about in the sun, only bothering to get up when it starts raining — she doesn’t move far though; not more than a metre or two under the roof of our terrace. She continues this after a small lunch break, her meowing letting us know when it’s time to server her some of her favourite Friskies, making sure to keep her face turned towards the sun. Su then disappears for the night — I assume she has a cozy corner nearby.

I’m not complaining though — we’re enjoying their company. I just hope Melissa doesn’t scream his lungs out tonight…