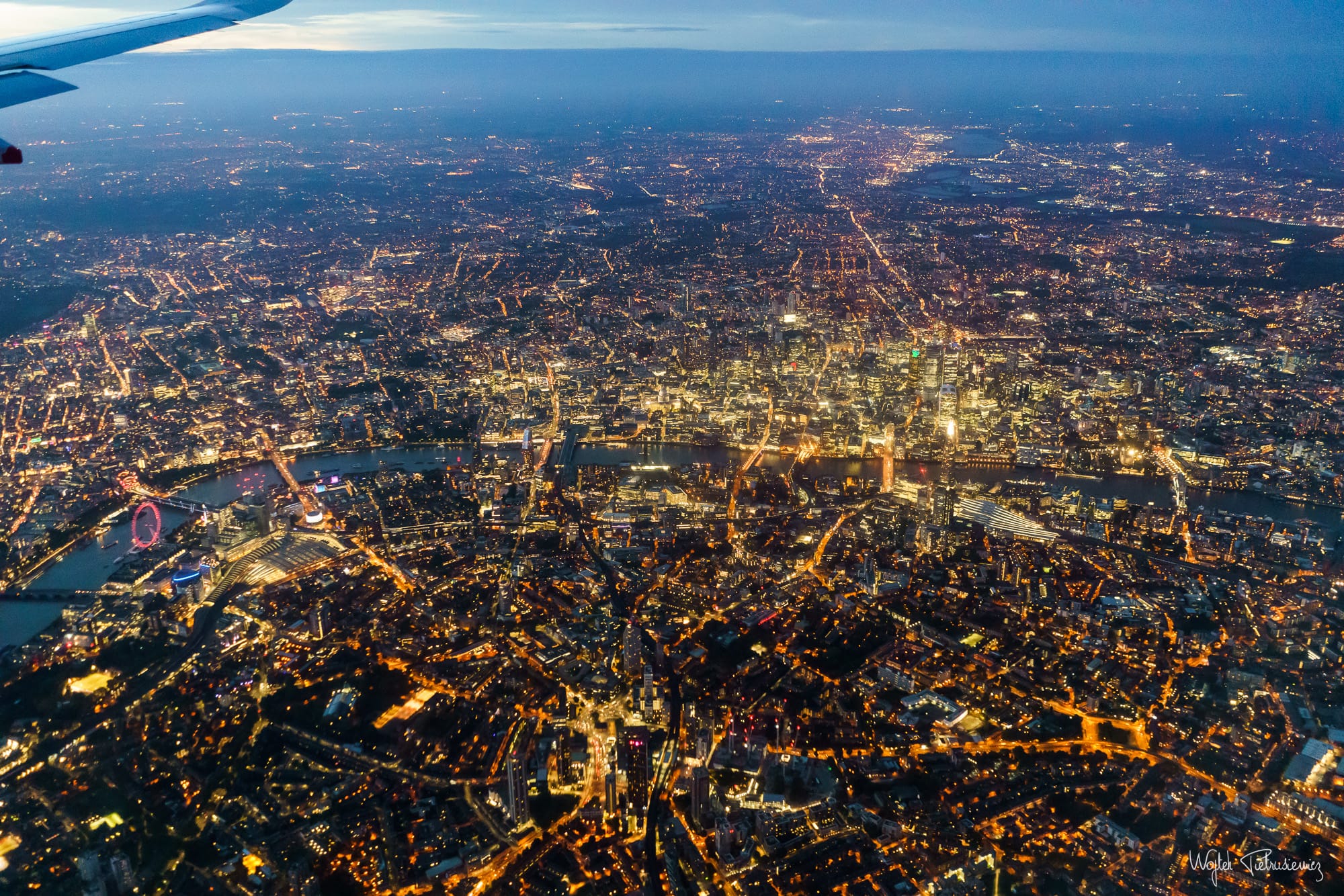 I rarely get the chance to capture a nice shot during takeoff or landing — I’m usually lucky enough to be seated on the wrong side of the aeroplane, or the weather’s bad, or it’s pitch black, or the light is terrible. I made sure to pick the right seat this time but the weather and timing weren’t perfect — it was a bit misty (or smoggy) and just a bit too early in the day. Still, I tried to make the most of it.

As to what you can see in the shot… That’s the Thames in the middle, with the London Eye on the left of the frame. Big Ben and The Palace of Westminster are just on the other side of the river. That blob of light to the right of the London Eye is Waterloo Station. That black line crossing the Thames, more or less in the middle of the shot, is Millennium Bridge, which was destroyed by Death Eaters in one of the Harry Potter books/movies — it leads to St Paul’s Cathedral. The City of London is the part which is lit most north of the river and the rightmost bridge is Tower Bridge. That’s the one from the Sherlock Holmes movie, where it was still being built and where the villain met his demise (it’s often mistaken as London Bridge).