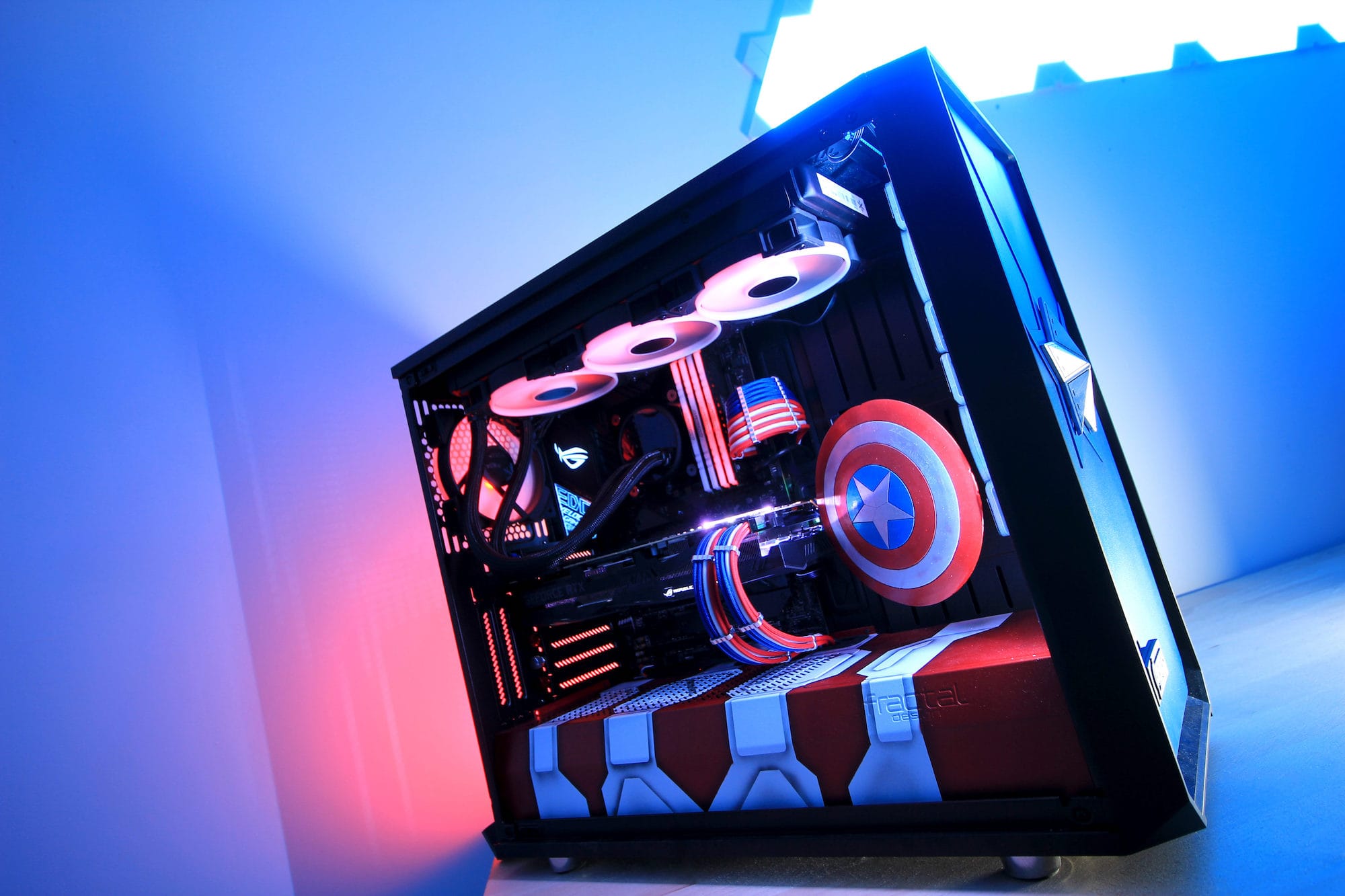 I built my last hackintosh in 2014 and it was overdue for an update. Since Apple recently updated their iMac with Core i9s and skipped the T2, this is probably the last time I’m building this sort of computer, before MacOS is locked down forever. Unfortunately, nothing in their lineup fits my needs, hence I chose to go down the hackintosh route once again.

Header photo by Phenom Design for illustration purposes only.

I decided to base my spec on the 2019 iMac Retina 5K, to make the build as vanilla as possible. I don’t want to mess with MacOS and I need this to be a stable platform for the years to come. I’m still on 10.14.6 Mojave because of Catalina’s bugs, but I will upgrade in the coming months.

The plan was to make this build Stealth Black, with as few RGB lights as possible. I mostly succeeded. 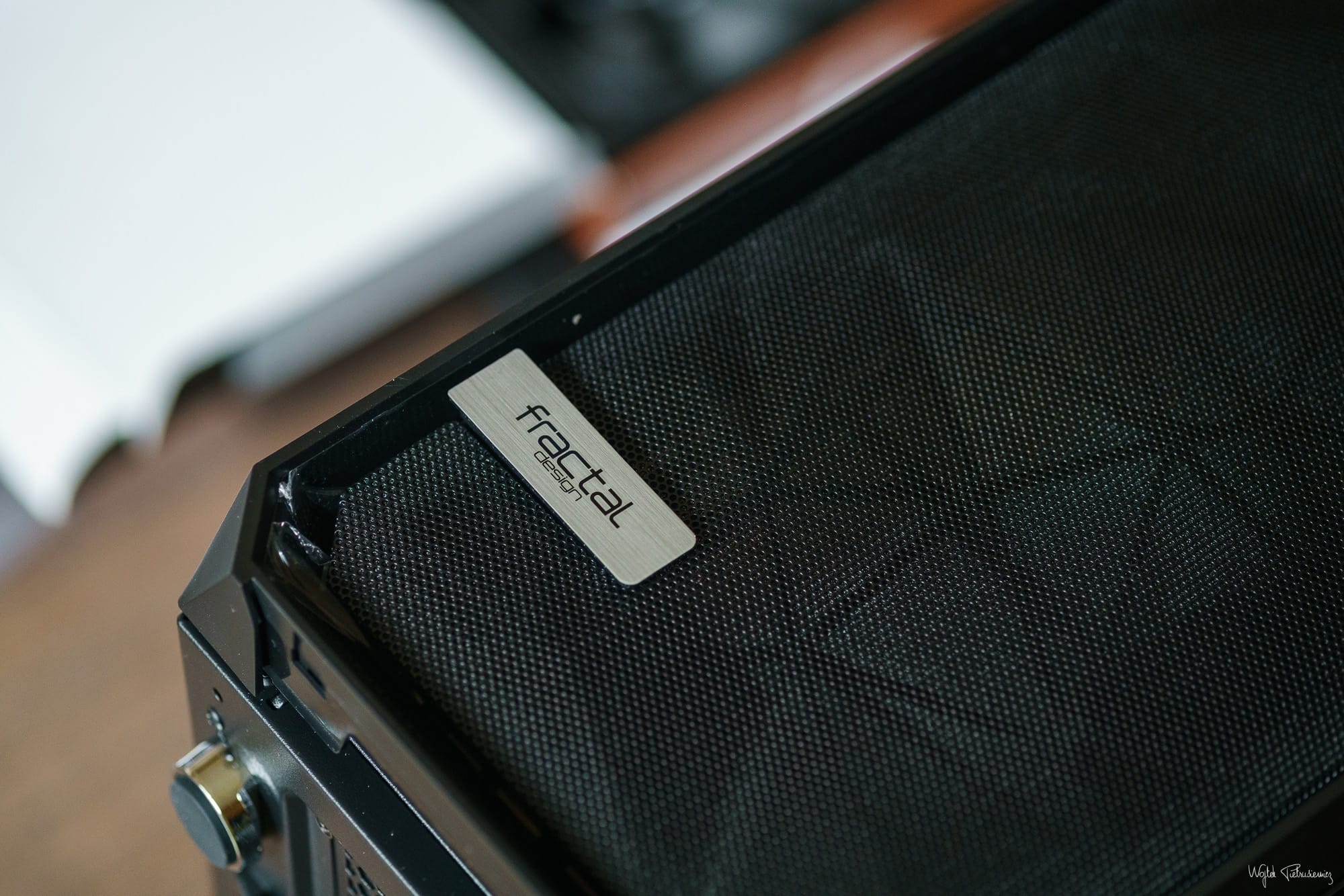 Fractal Design Meshify C (case) — This is the smallest, best quality, and best airflow case that I have been able to find. It fits up to 2 SATA SSDs, 2 HDDs, and however many NVMe SSDs fit on the motherboard. Oh and it has dust filters everywhere. While I appreciate the craftsmanship that went into the Captain America edition in the header image, I’m not there yet, but I am considering customizing mine a bit in the near future. 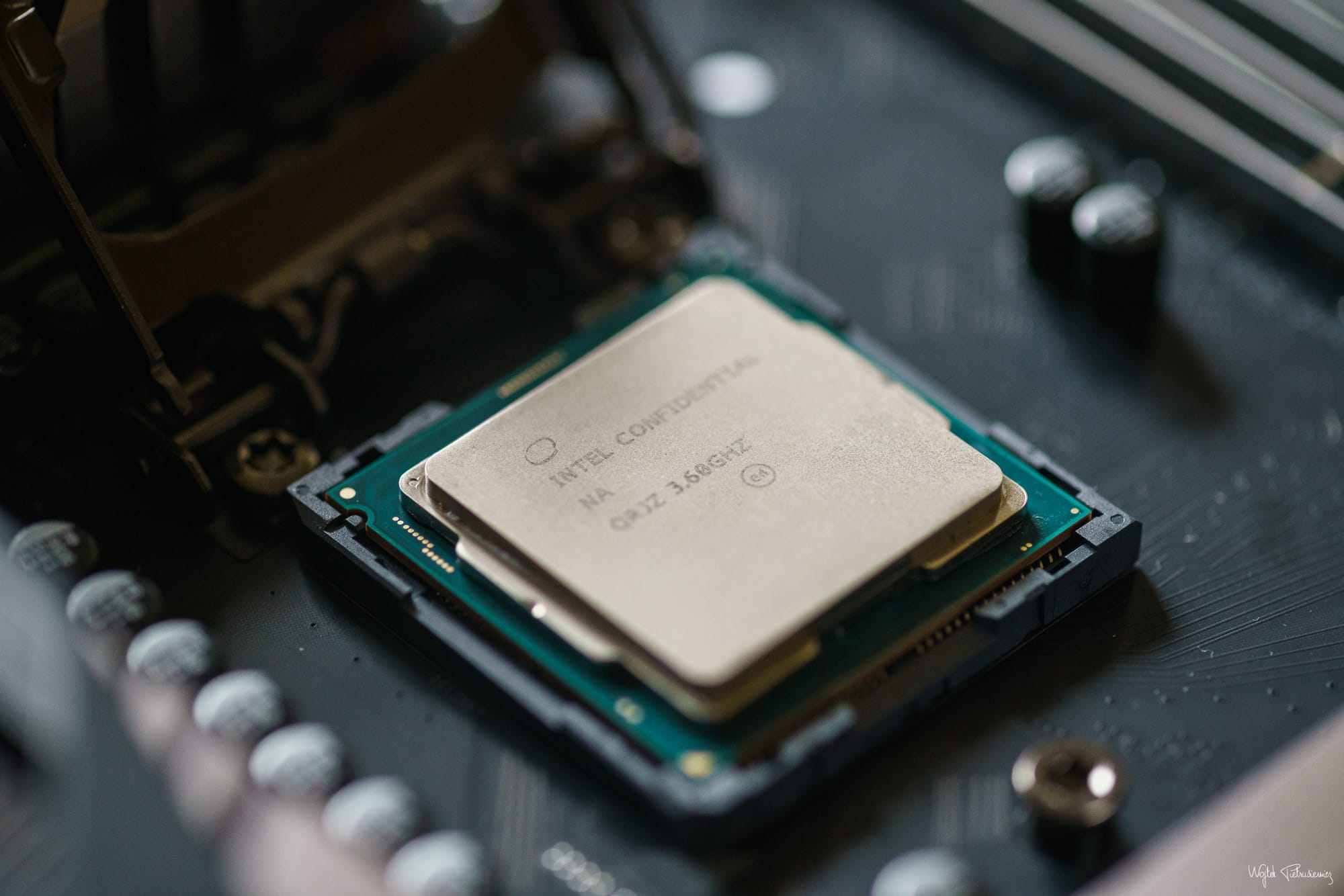 Intel Core i9-9900K (CPU) — The best there is and also the same CPU that is found in the top-end iMac Retina 5K. Those 8 cores and 16 threads should be more than enough for the next few years. 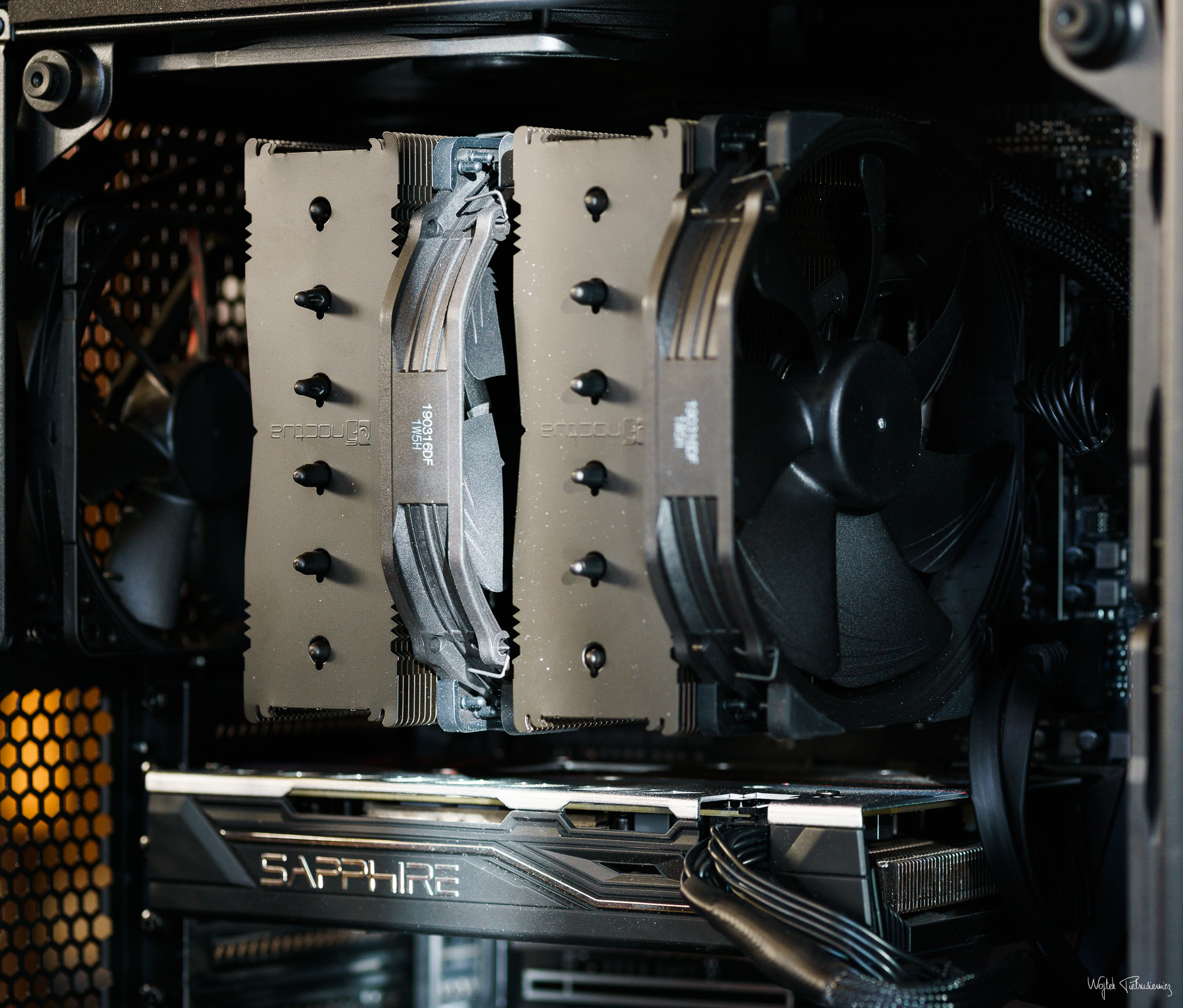 Noctua NH-D15 (CPU cooler) — I went for air cooling this time around. The NH-D15 is the best there is and it can keep the CPU at or below 70°C at full load, while working practically silently.

Gigabyte Aorus Master Z390 Rev. 1.0 (motherboard) — This is the best motherboard to use if you want or need Thunderbolt 3. It also supports up to three NVMe SSDs. 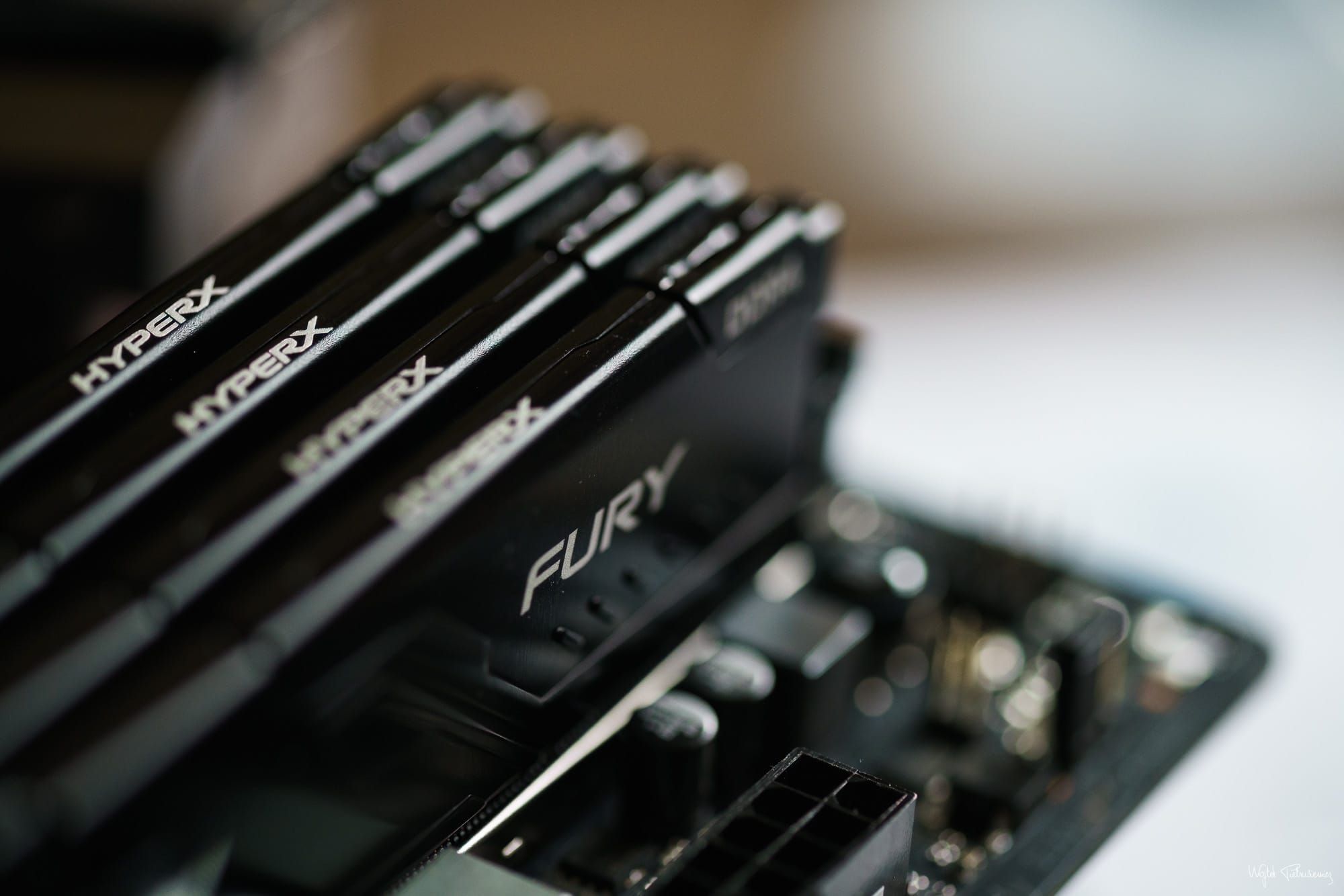 Kingston HyperX Fury DDR4 (RAM) — I went for a total of 64 GBs of RAM, running at 3600 MHz. It should be more than enough for the years to come. 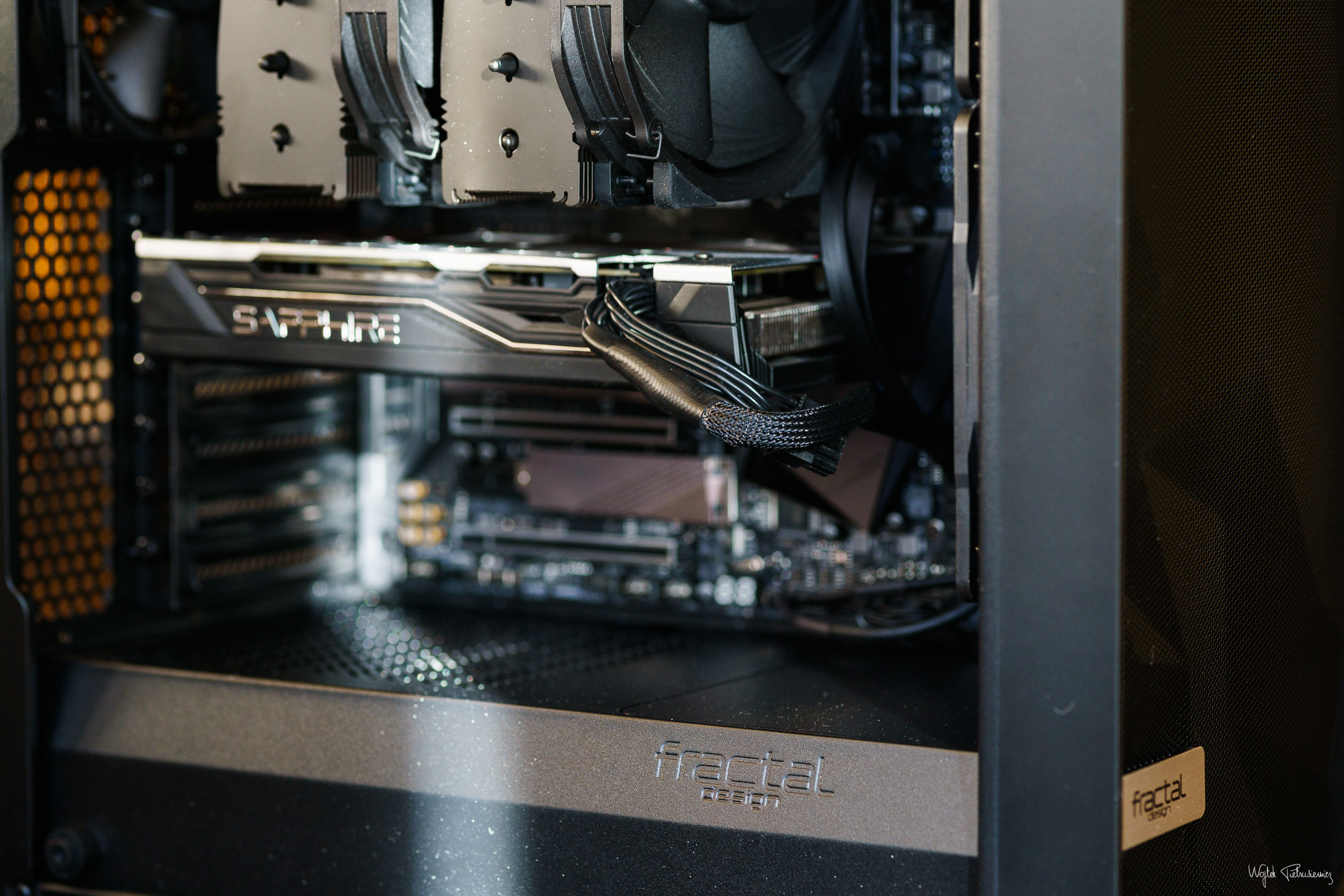 AMD Radeon RX 580 (GPU) — I went with a Sapphire RX 580 because it’s fully supported by Mojave. I will upgrade this GPU to a 5700 XT once I upgrade to Catalina.

Samsung 970 Evo Plus 1 TB (NVMe SSD) — More than fast enough and should provide me with enough space for the next year or two. I plan to upgrade to a 2 TB model.

Samsung 850 Evo 1 TB (SATA SSD) — This is the SSD with a Windows install from my previous hackintosh. I will replace it with the 1 TB 970 Evo Plus when that gets replaced by a 2 TB model. 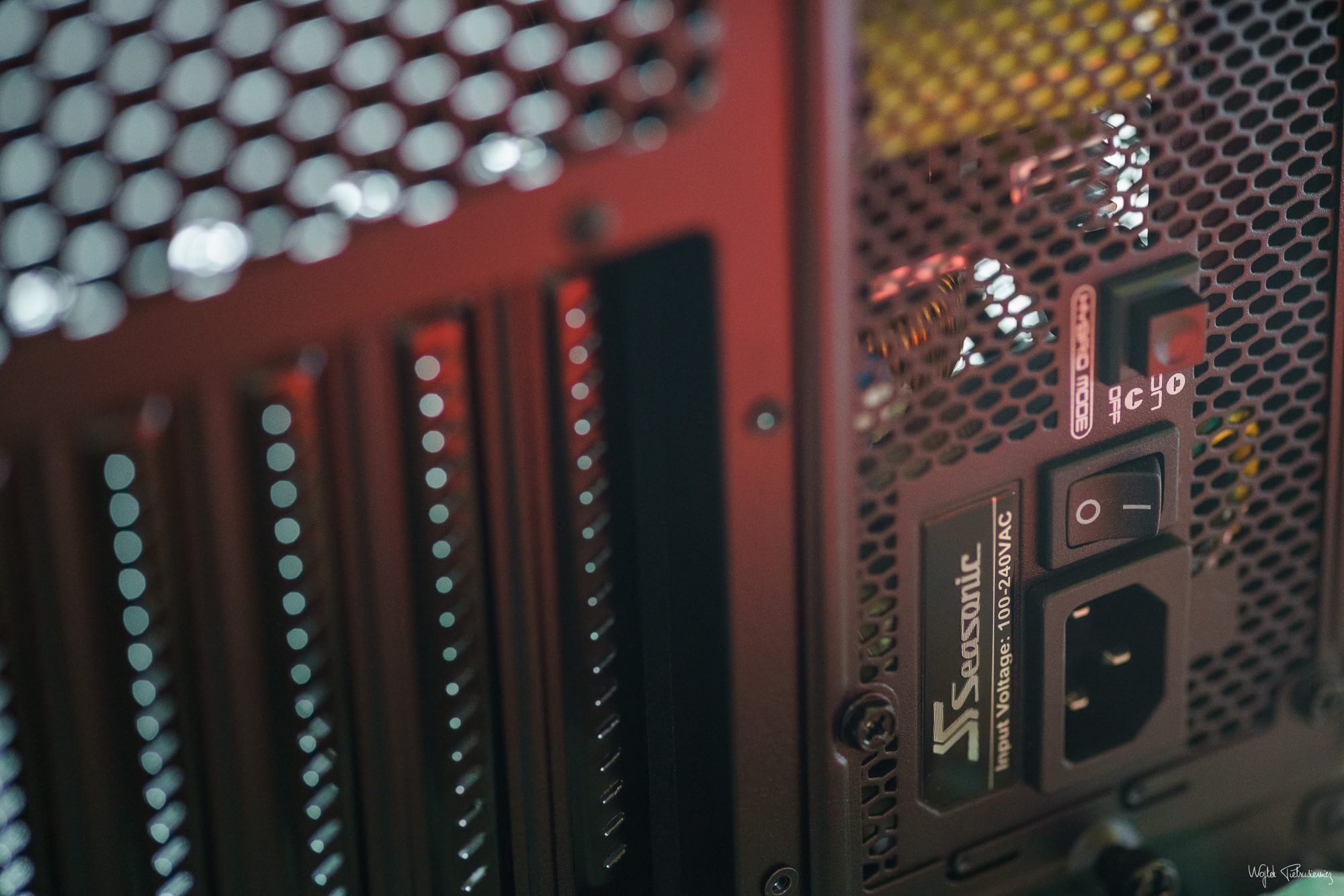 Seasonic Prime Platinum 1300 W (PSU) — Since this system should not need more than 600W or so when under full load, the PSU will probably have its fan off most of the time.

Bowers & Wilkins MM-1 (speakers) — I have had these for years and they’re still going strong.

Apple Broadcom BCM94360CD – 802.11 a/b/g/n/ac with Bluetooth 4.0 (connectivity) — This add-in card supplies the hackintosh with Bluetooth and Wi-Fi, it works OOTB with MacOS, and allows for native support for iMessage, Hand-off, Continuity, etc. Works perfectly, though there is a newer model with BT 4.2, which I’ll upgrade to if there is a need for that.

Think6.5° Custom 65% Keyboard — Made from aluminium, finished in e-yellow thanks to electrophoresis, one of three made worldwide, and fully programmable via open-source QMK firmware. Built with Zeal transparent stabilizers and Zeal Sakurios (62 g silent linear switches), with GMK Metropolis keycaps. 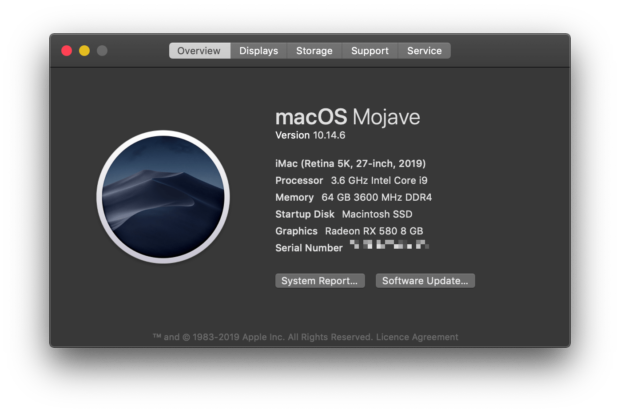 I am considering overclocking the i9-9900K because there’s more than enough thermal headroom in this setup.

It runs like a charm, and is up to six (!) times faster during 3D renders than my previous i7-4770K hackintosh. 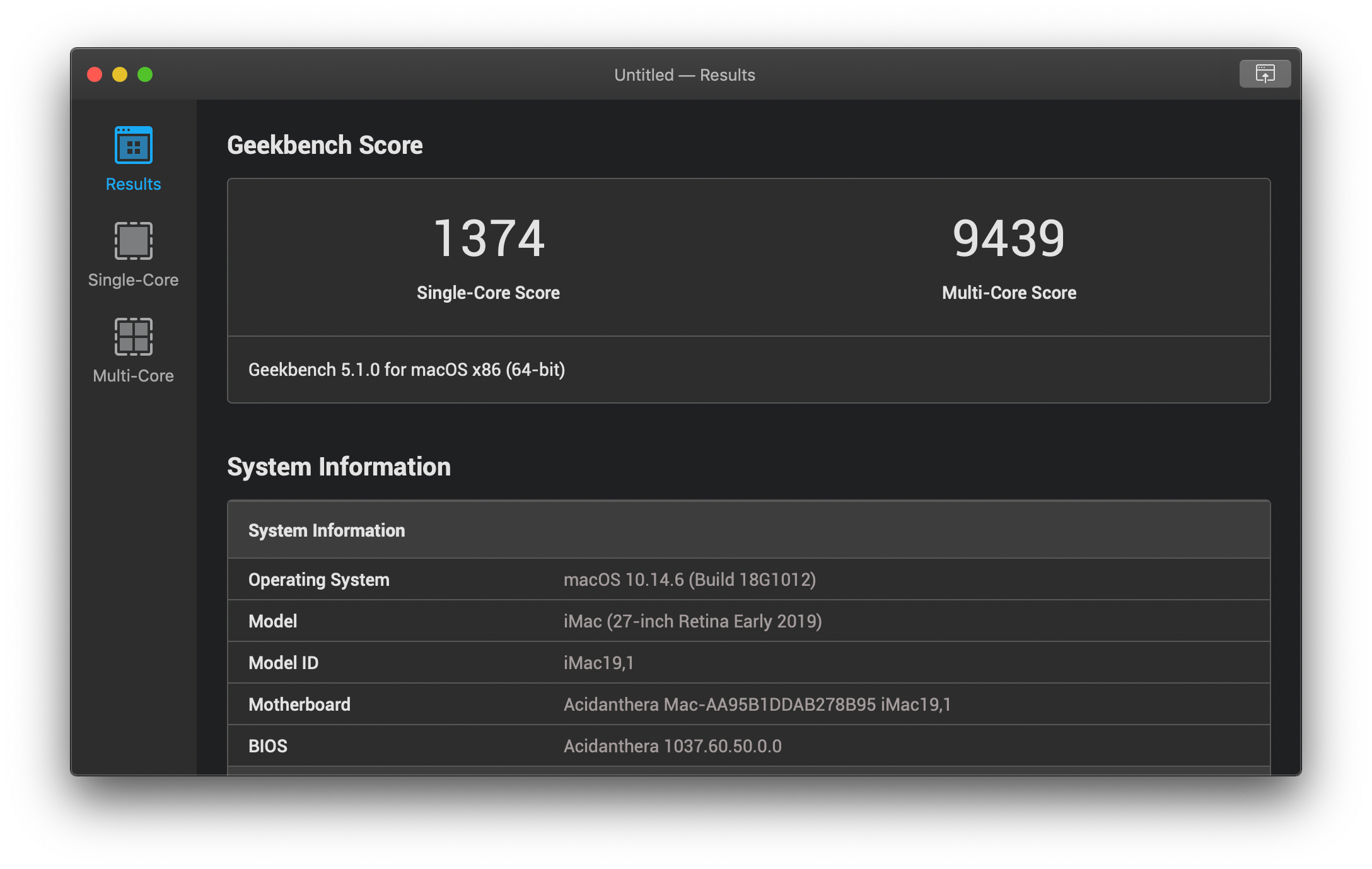 The Geekbench 5 scores are around 10% higher than the iMac Retina 5K which this build is based on. 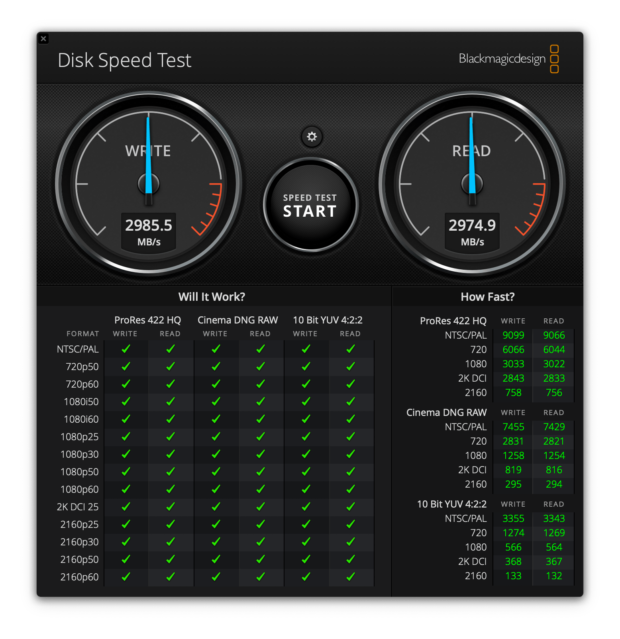 The SSD is more than fast enought for my needs. Funny thing is that it’s even faster under Windows (3.5 GBps read and 3.3 GBps write).

Everything is running on OpenCore 0.5.4 and seems stable enough. MacOS is fully functional, including iMessages, sleep/wake, Hand-off, Continuity, and Sidecar should work fine once I upgrade to Catalina. My biggest problem is the RGB lights on the motherboard — I need to figure out how to turn them off, change their colour to white, or perhaps red.

I ran a few real-world benchmarks to compare its performance to my old hackintosh. I was pleasantly surprised.

FinalCut Pro X BruceX — It’s 1.6x faster in this test although it all fairness, BruceX used to be a tough benchmark back in 2009.

Blender (3D rendering) — 6.85x faster, cutting down my render time from around 40 mins to less than 6 mins.

I’m really pleased with how this build worked out. It’s virtually silent under full load, even during long render sessions, and all I can hear is a very quiet whooshing sound if the room is completely silent. Now if only Apple made something like this, I’d buy it instantly.